Per and polyfluoroalkyl substances, or PFAS, are a diverse group of compounds resistant to heat, water and oil. For decades, they have been used in hundreds of industrial applications and consumer products such as carpeting, clothing, upholstery, food paper wrappings, fire-fighting foams and metal plating.

PFAS have been found at very low levels both in the environment and in the blood samples of the general U.S. population.

Is DuPont’s water safe to drink?

To view sampling results scroll to the bottom of the page.

What if I have health concerns?

If you are concerned about potential health effects from exposure to PFAS, contact your doctor or health care professional.

Do I receive water from wells?

Firefighting foam, containing PFAS, from JBLM has been detected in their own wells as well the City’s.

Has the City tested its other wells?

Yes – all of DuPont’s wells have tested below EPA’s detection threshold for PFAS.

It is the City’s top priority to provide safe drinking water and keep the PFAS levels below the health advisory limit.  We do this by continuing to test and monitor the PFAS levels from our water wells.

The health advisory limit is 70 parts per trillion (ppt).  For reference, 70 ppt is the equivalent of 7 grains of sand in an Olympic-sized swimming pool.

The City started testing for PFAS in 2014 as part of a nationwide program to help the EPA determine if new regulatory standards are needed for contaminants that are not yet regulated.

The City was participating with Joint Base Lewis McChord for testing at the Hoffman Hill Wells in December 2018.  The 200 foot testing tube has been replaced with all metal piping.  Initial results were inconclusive as the Quality Control Sample that was supposed to be clean, showed detection.  The City began testing in April, June, August, and October of 2019 to create background test data.

To ensure a safe and reliable water supply, the City is proactively designing for the planned construction of new treatment systems that will safely filter out the PFAS.  This new treatment system uses granulated activated carbon (GAC) as the filter media.  This is very similar to in-line faucet filters like Brita.

The first step is to Pilot Study.  The Pilot Study work had started in June 2020.  Granulated Activated Carbon (GAC) is a proven treatment method for filtering out PFAS chemicals.  The City has contracted with Calgon Carbon for the pilot study.   Calgon Carbon is also one of the vendors that would supply GAC material.

The second step, design of the new treatment plants, will take place in 2021.  The full design will produce construction drawings based on the pilot study parameter results.  Additionally, the design will develop new water lines to the GAC vessel platform and then water lines back to the water storage reservoir.

The final step is construction of the new plants in 2022. The initial estimated cost is 6 million dollars for both water facility sites.

What are the experts hired by the City studying?

Gray and Osborne, our City Engineer Consultant experts in water systems, are studying:

What’s the difference between regulated and unregulated substances?

The EPA also conducts a separate program to collect data from drinking water systems across the U.S. on possible contaminants that are not yet regulated. These tests provide the EPA with data on the occurrence of contaminants suspected to be in drinking water, in order to determine if new regulatory standards are needed to protect public health.

In addition, based on the latest science, the EPA recently released drinking water health advisories (which are not enforceable or regulated) on two PFAS chemicals, called Perfluorooctanoic acid (PFOA) and Perfluorooctanesulfonic acid (PFOS).

The Washington State Department of Ecology is also about to embark on a study of — and action for — PFAS in the state.

What levels of PFOS and PFOA are safe for humans?

The EPA has established a Health Advisory Level for PFOS and PFOA of 70 parts per trillion, designed to protect even the most sensitive populations over a lifetime of exposure.  A part per trillion is equivalent to one grain of sugar in an Olympic size swimming pool.  PFAS are not currently regulated, meaning there isn’t a rule that requires treatment if readings are above a particular level, but the Washington Department of Health is considering implementing a regulation that would require treatment.  We are being proactive in protecting water quality for our customers and are not waiting for a rule to be implemented. 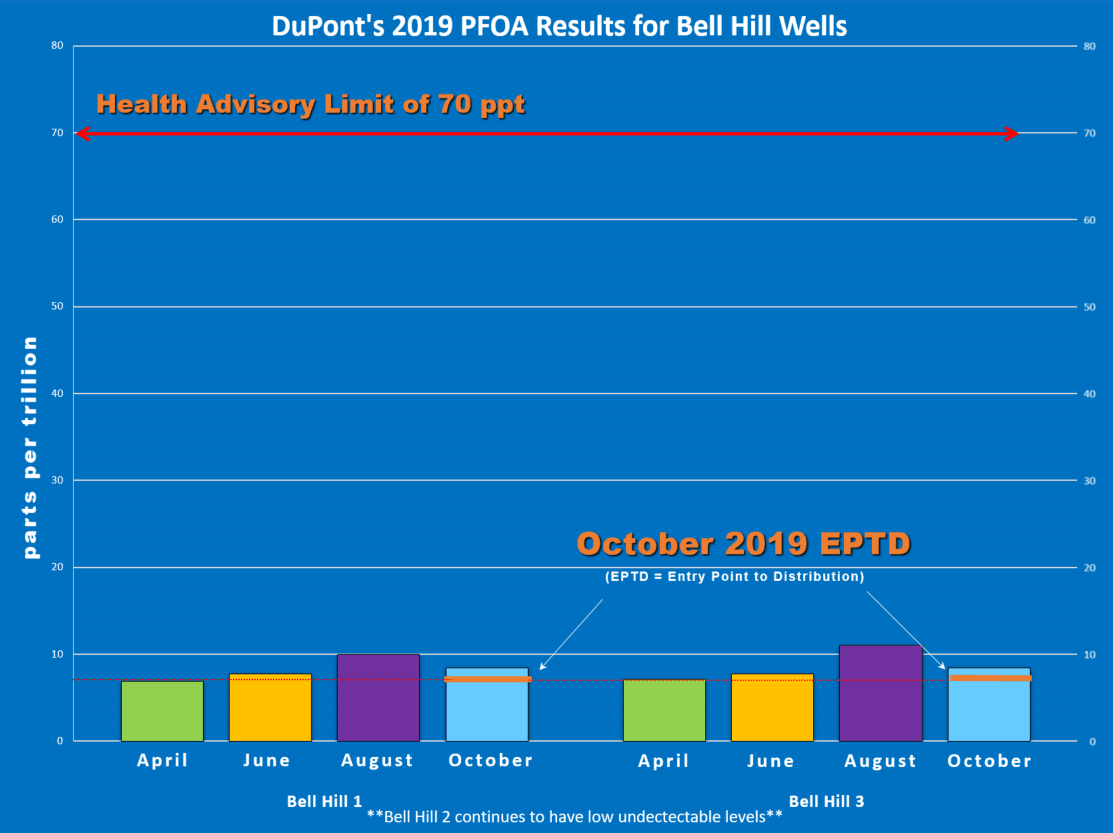 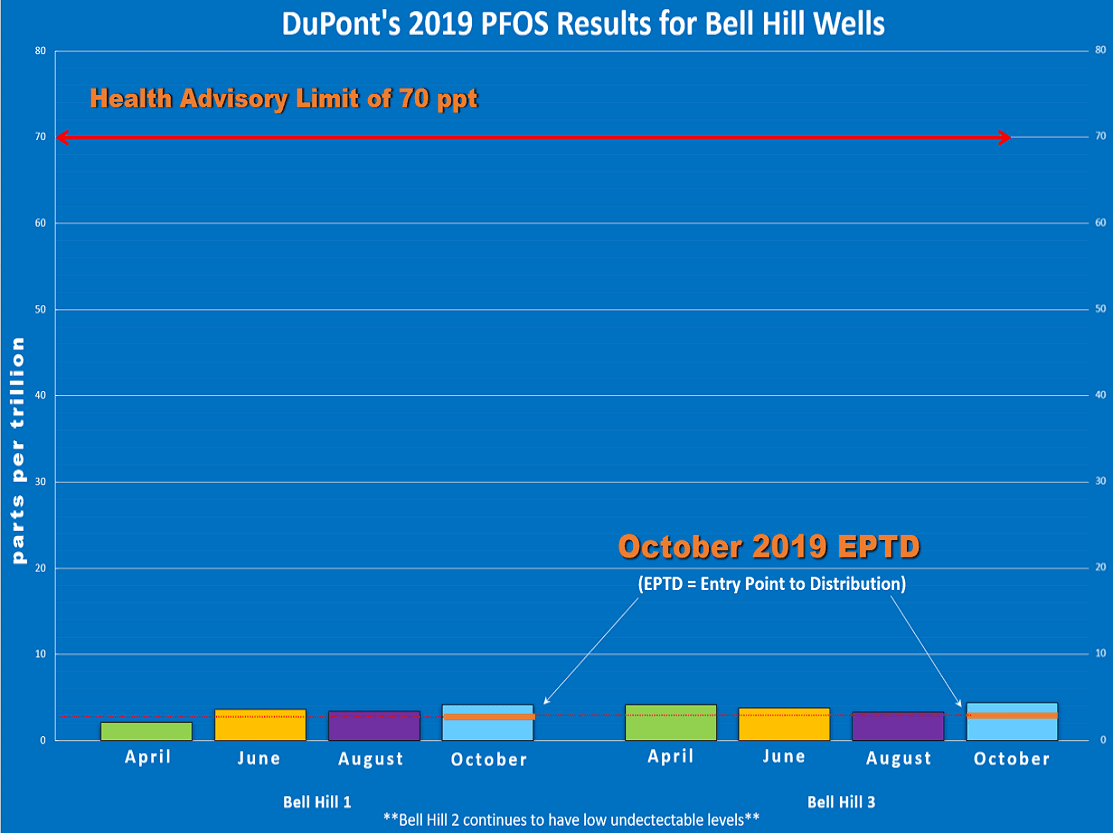 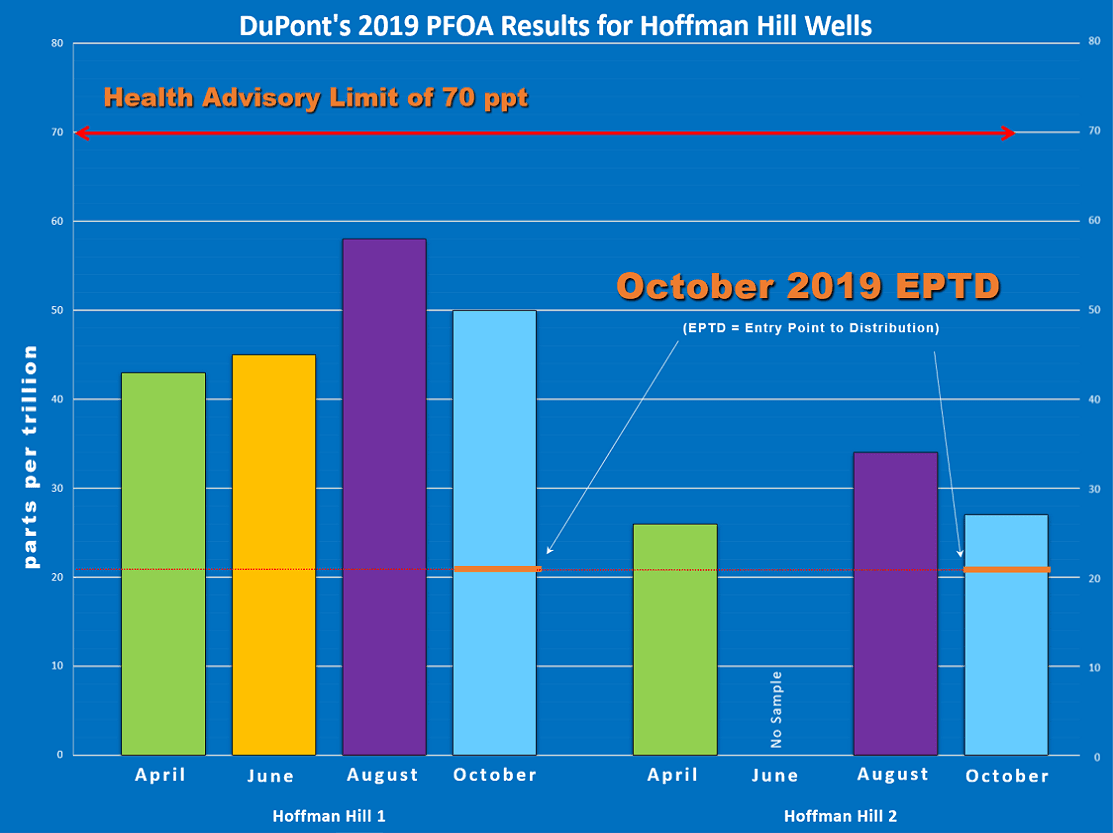 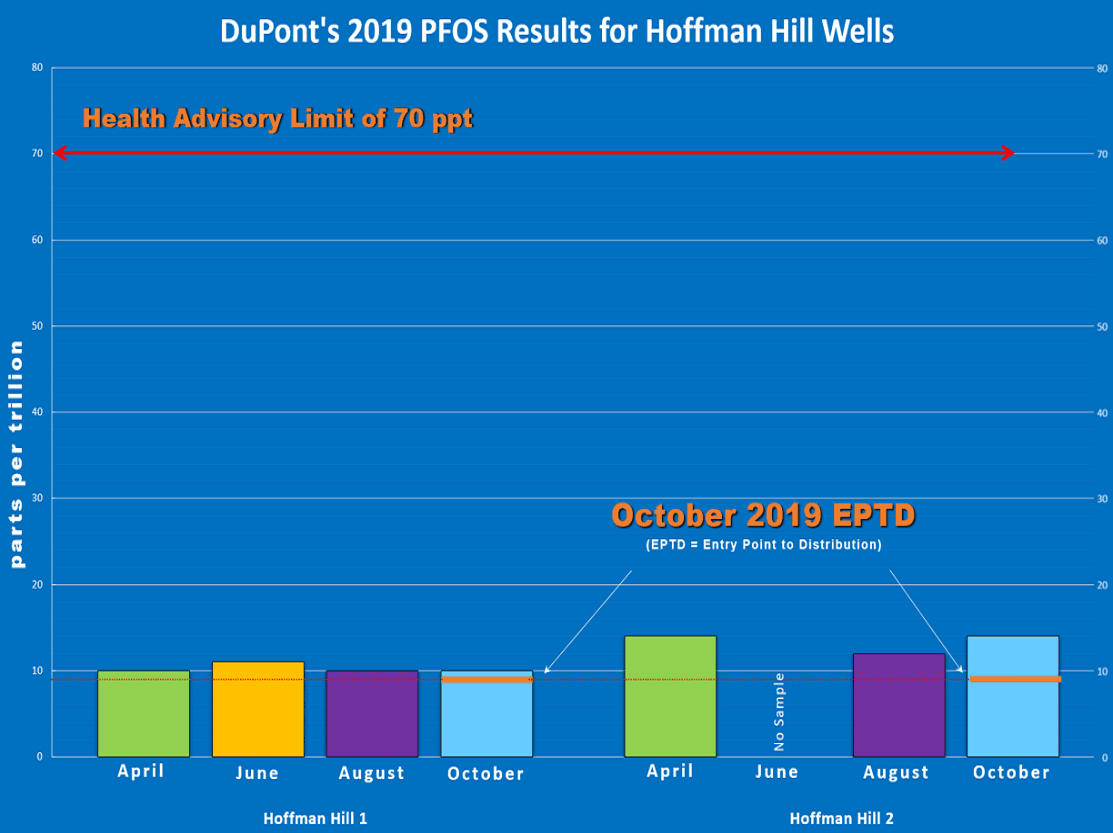 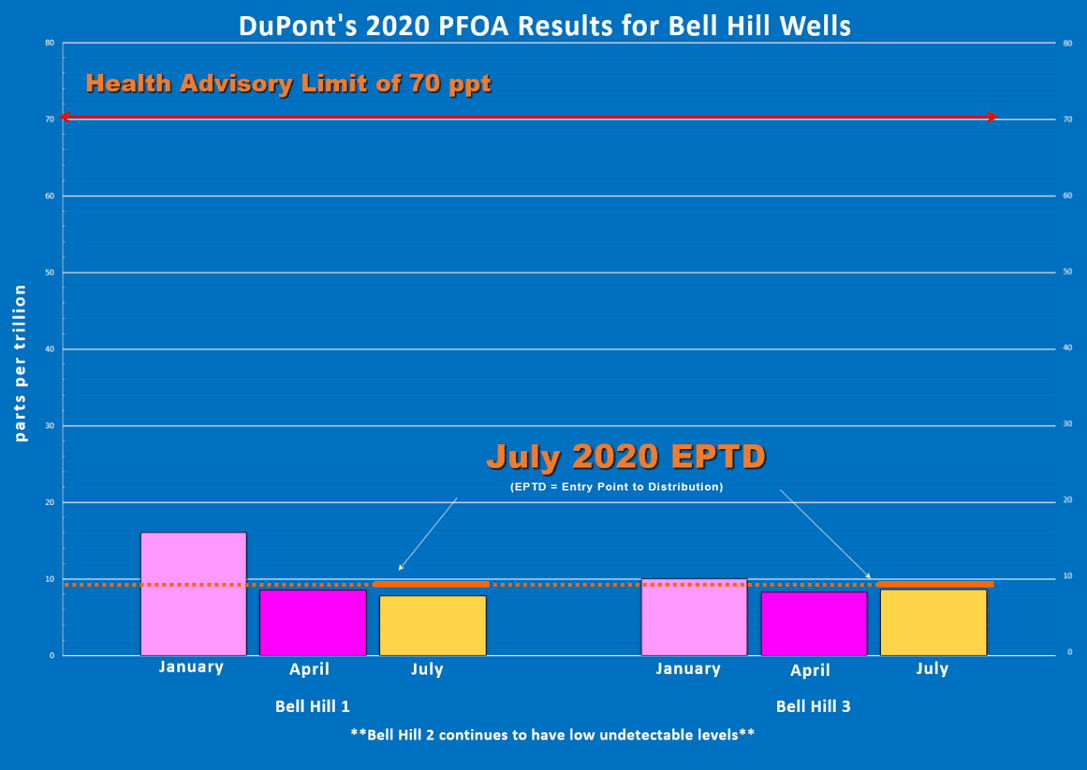 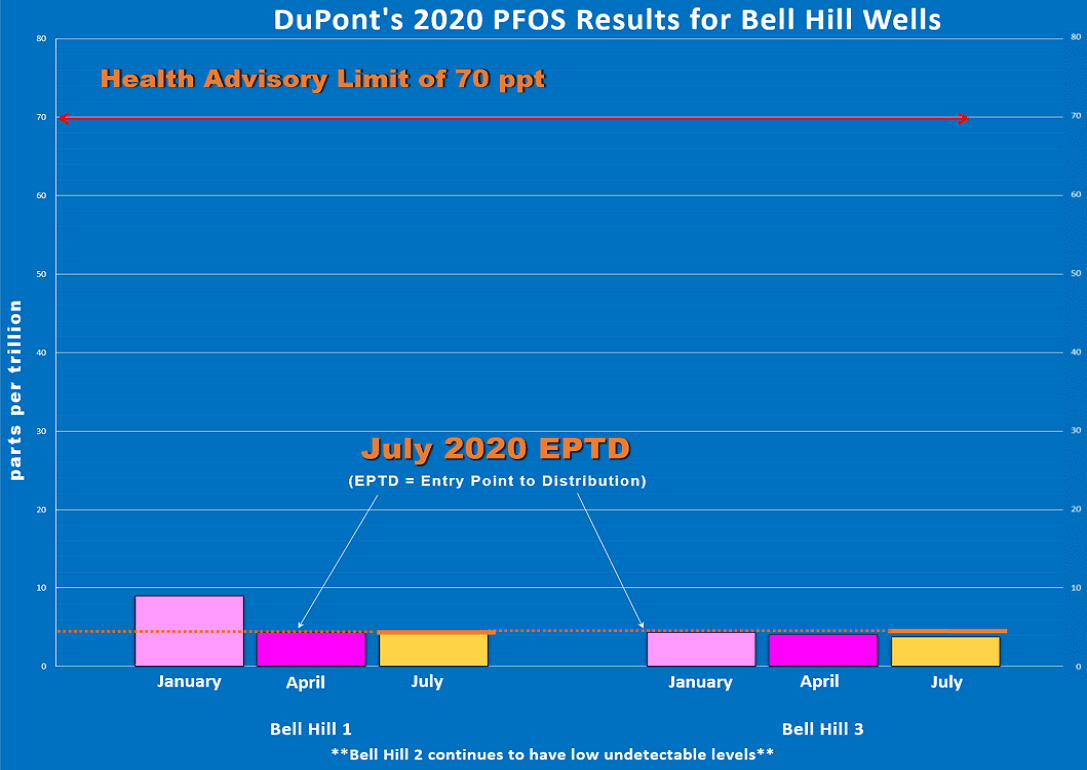 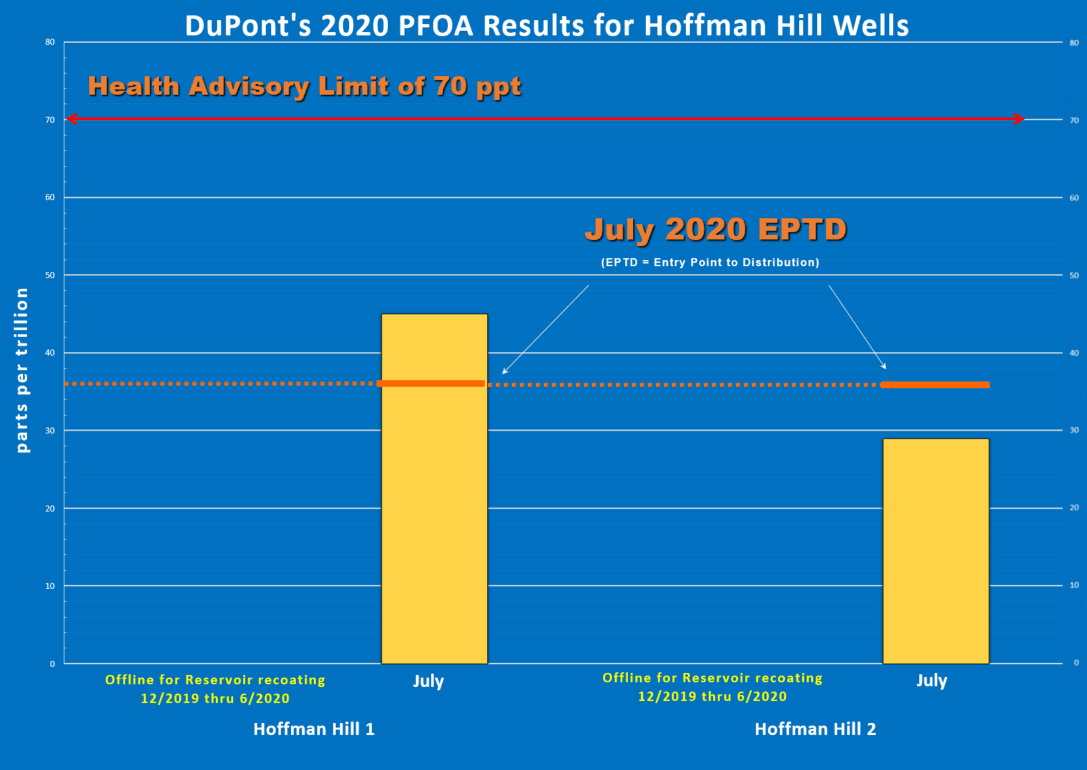 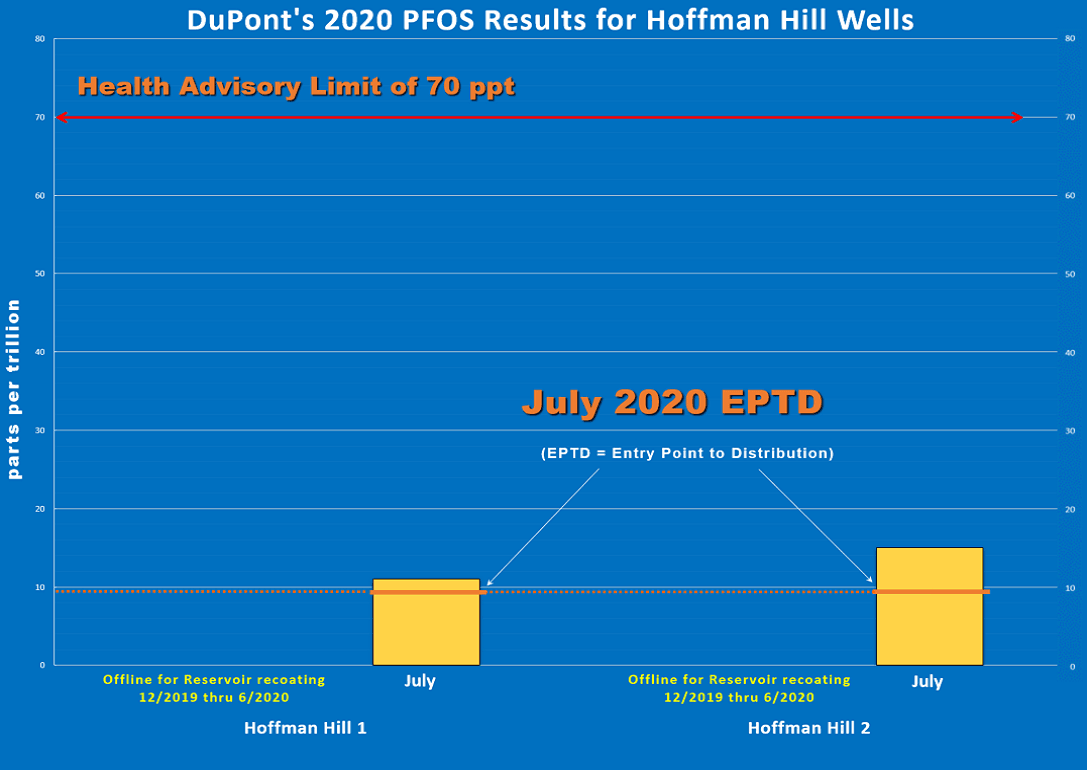