DPD’S 2021 TOYS FOR TOTS CAMPAIGN WAS AN OVERWHELMING SUCCESS BECAUSE OF YOU!

THANK YOU, DUPONT! For the second year, DPD participated in the Marine Forces Reserve Marine Toys for Tots Foundation drive, supporting the mission that no child will be without a gift this holiday season. Thanks to our friends at Patriots Landing, this year FAR EXCEEDED the contributions from the last year – with over four full boxes of gifts!

While the focus of this campaign was our community’s support of children, it also gave us an opportunity to honor two of America’s best. Two incredible members of our local Pierce County Detachment 504, Marine Corps League took time out of their day to pick up the gifts for Santa.

Patriot’s Landings own, Corporal John Stevens, USMC (pictured in his Marine Corps League red blazer) served in the Korean War as a member of George Company, 3rd Battalion, 1st Marines. CPL Stevens heroically received the Purple Heart after being shot several times while engaged in ferocious fighting during the Battle of the Chosin Reservoir. Sergeant Mike Edwards, USMC (pictured in his dress blue uniform), served with the 1st Division, 3rd Marines. During his service in Vietnam, SGT Edwards bravely earned the Bronze Star with “Valor” and two Purple Hearts. Ending our 2021 Toys for Tots campaign with these two American heroes was an honor that none of us at DPD will ever forget – and I can guarantee, Santa’s gifts will be safe and sound with these two Leathernecks protecting them!

This campaign was only successful because of the generous contributions from our unbelievable DuPont residents and friends. My thanks to all of the staff at DPD who supported this year’s effort, especially SGT Dan Saboe (a former Marine himself) for spearheading this meaningful project. Again, THANK YOU, DUPONT! 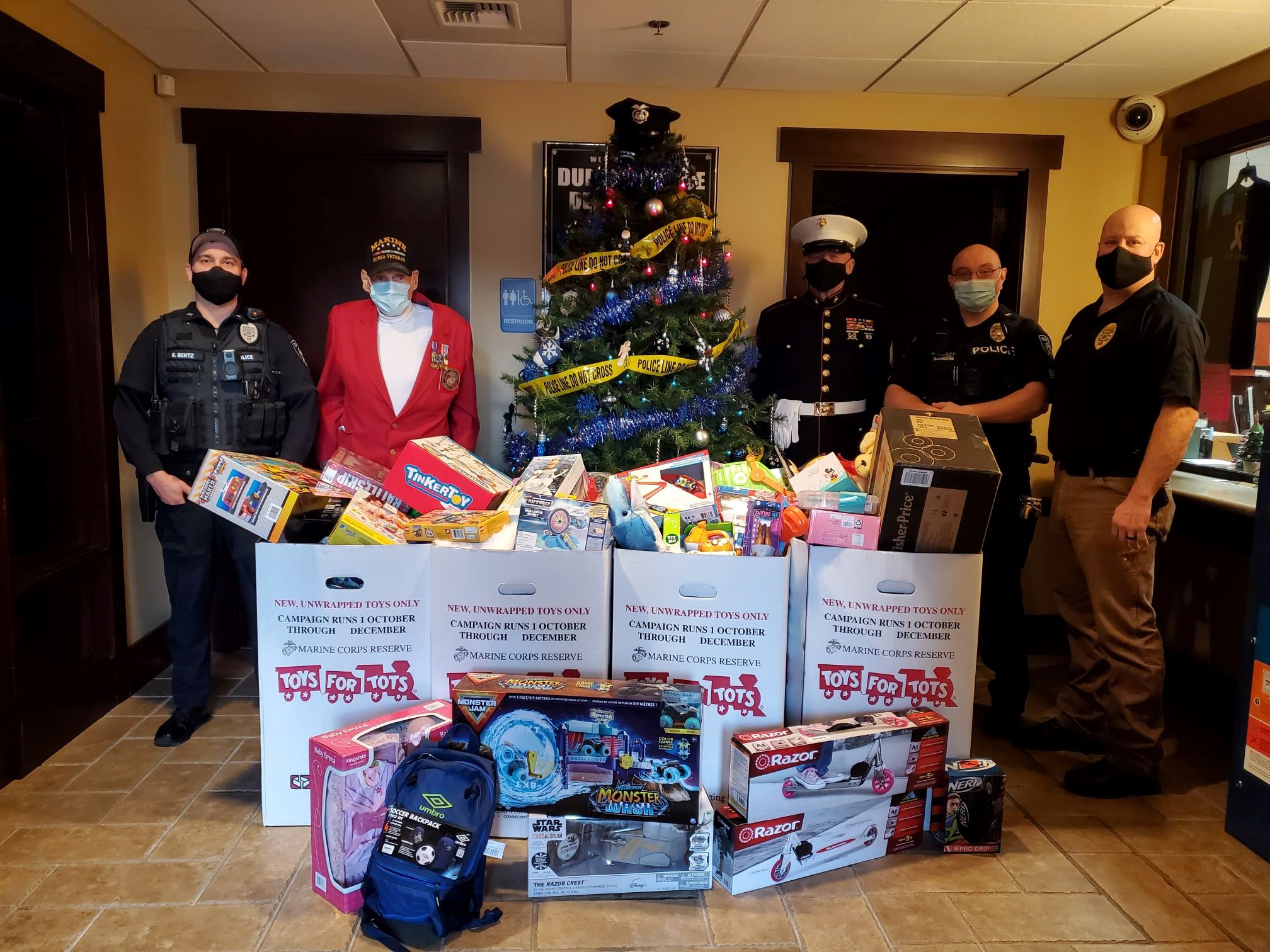 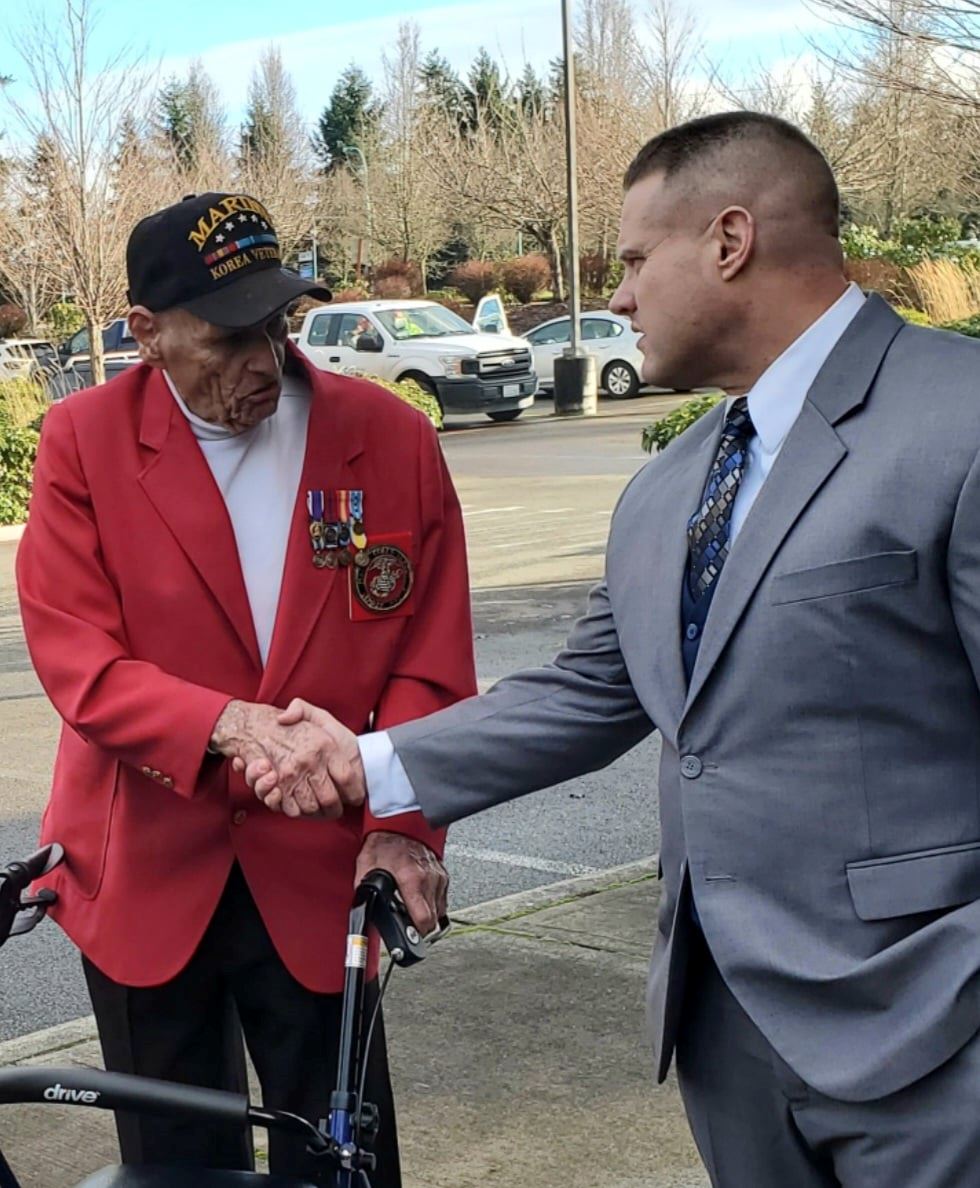 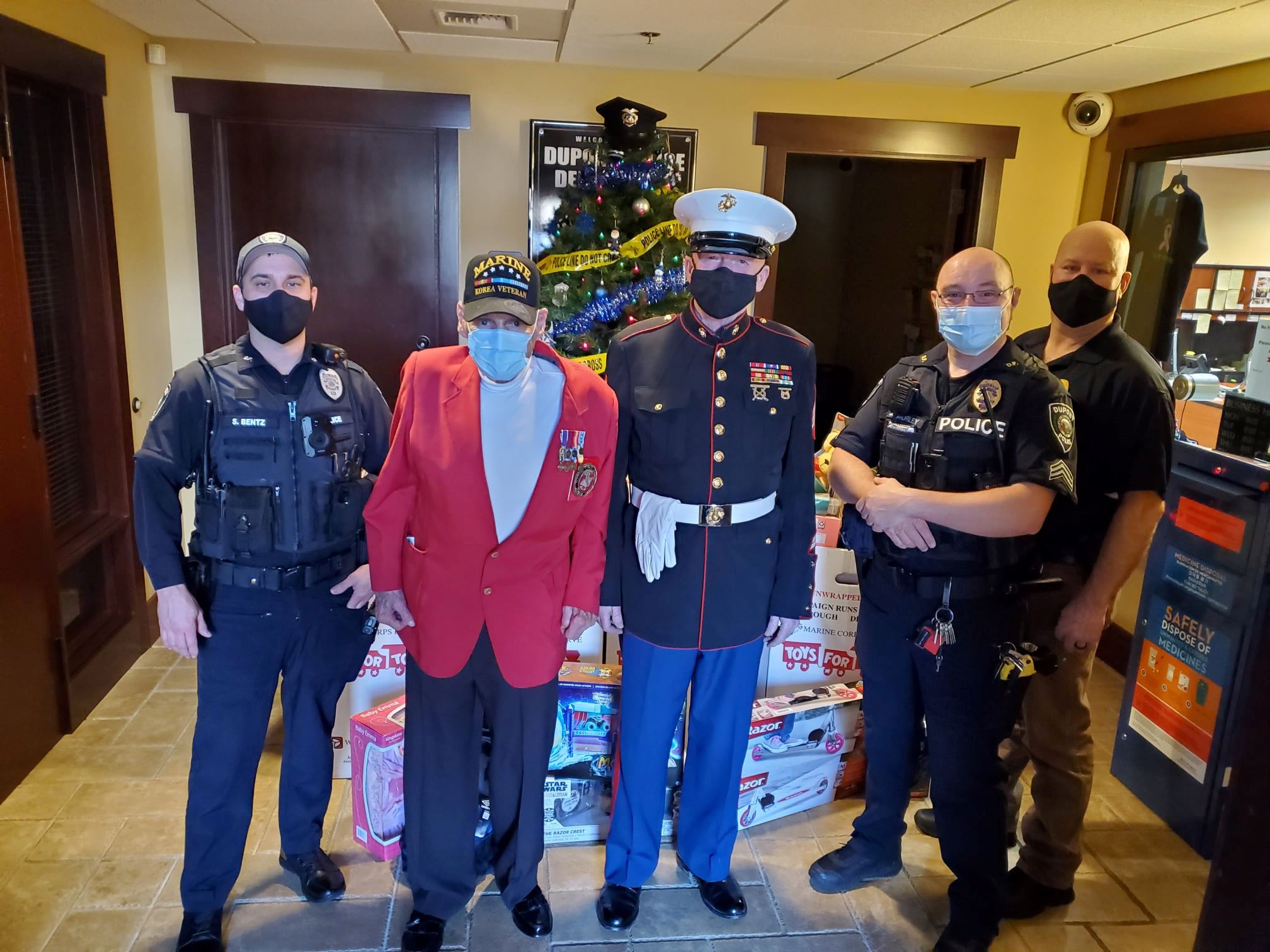 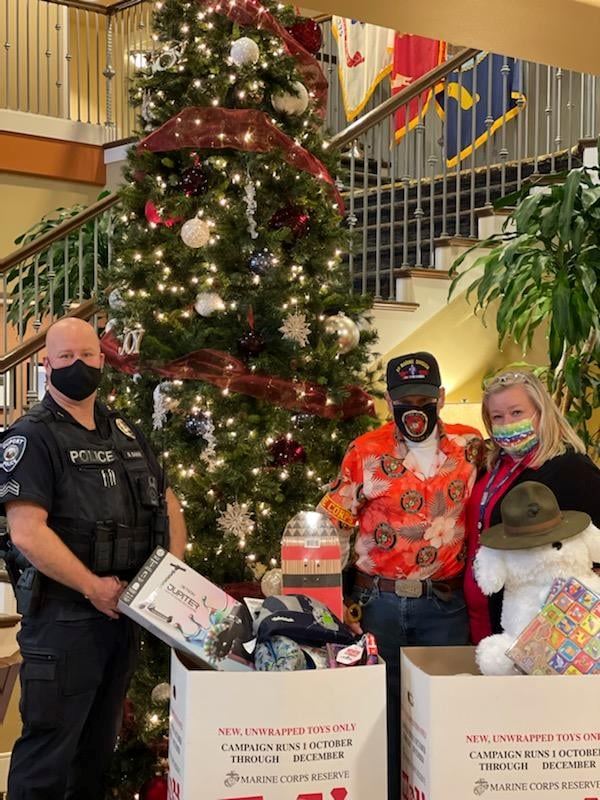 Thank you to EVERYONE who donated to our 1st Toys for Tots drive!  With your help, DPD collected over 100 new, unwrapped toys for less fortunate children this year.  A very special thanks to the U.S. Marine Corps Combat Logistics Battalion (CLB 32) at JBLM for their support – specifically, Cpl Bell, Sgt Hutchison (pictured) and SgtMaj Davey.

Also, thanks to the DuPont Fire Department, DuPont Parks and Recreation Youth Council, the Toys for Tots Foundation, the Marine Corps Reserve – AND ALL OF THE GENEROUS MEMBERS OF THE PUBLIC FOR SUPPORTING THIS VERY WORTHY CAUSE!

Now, let’s get ready for next year!!!  Happy Holidays and Semper Fi! 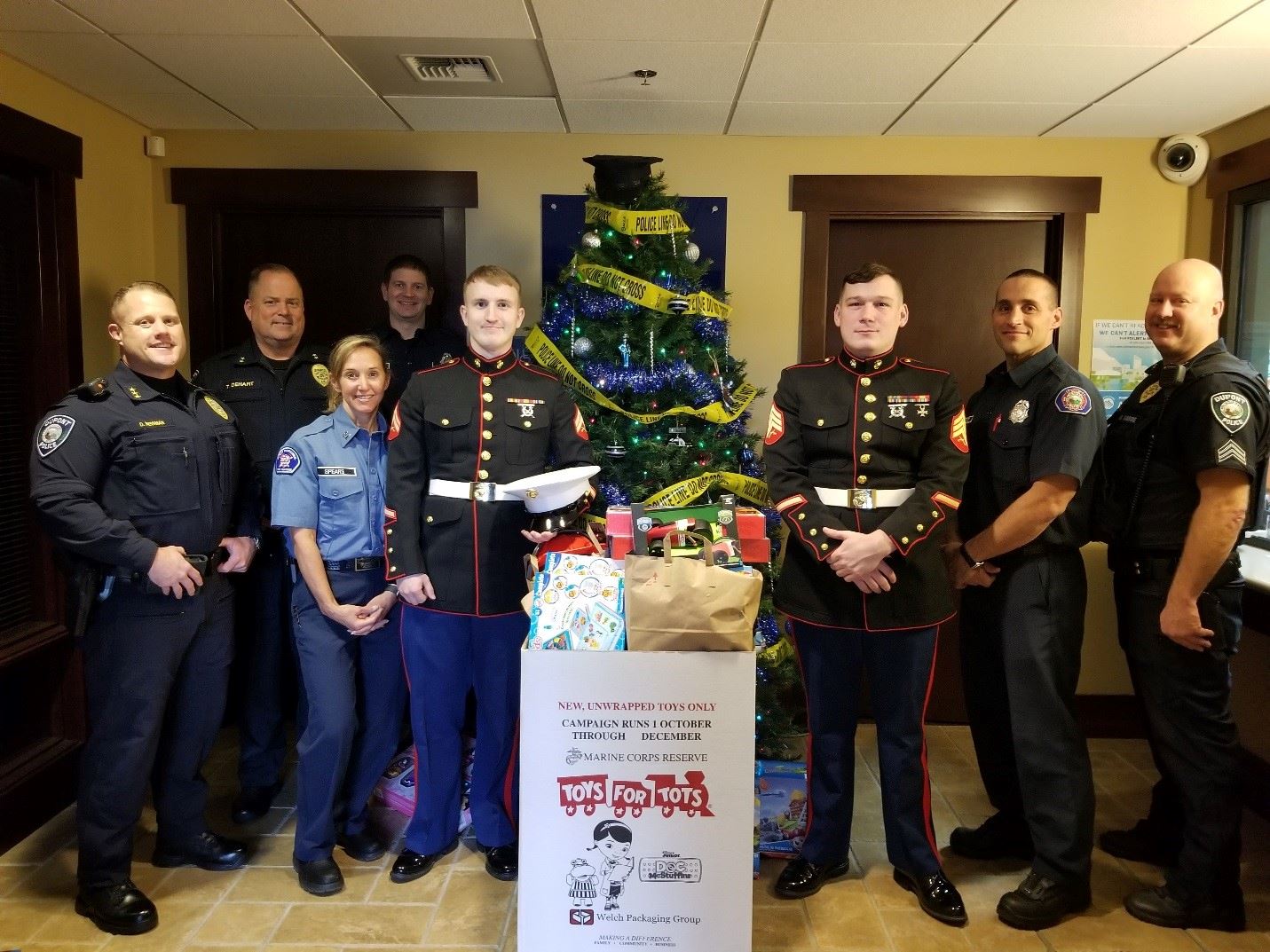